The VIRUSKILLER™ VK 102 was put through its paces by Canada-based CREM Co contract and R&D laboratory. 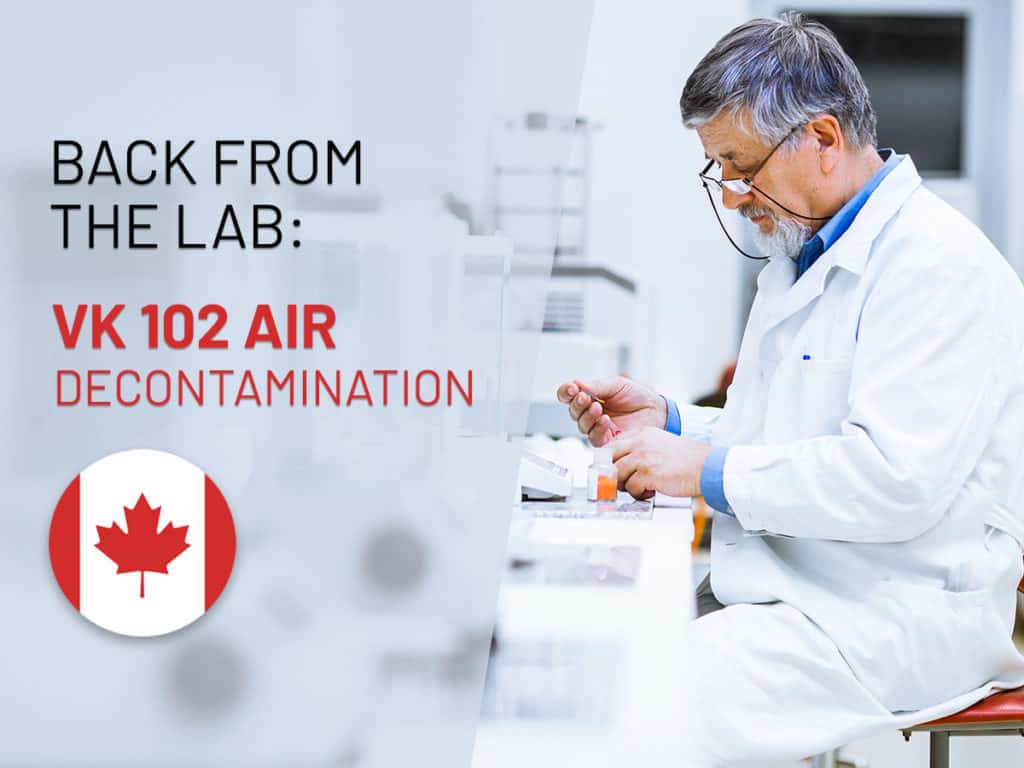 CREM Co, founded in 2016, has state-of-the-art facilities allowing its researchers to handle all major classes of pathogens and so contribute to infection prevention and control knowledge.

The first of two trials, this test aimed to assess the efficacy of the VK 102 at decontaminating air saturated with enveloped viruses.

Many viruses do not have envelopes, but several of medical significance to humans – such as influenzaviruses (family Orthomyxoviridae) and coronaviruses (family Coronaviridae) – do. Enveloped viruses are those with outer shells made from the lipids and proteins of the host cell membrane, and it is understood that this enables them to evade the host immune system and cause chronic infections – while also making them particularly difficult to deactivate. They also display higher rates of genetic mutations than do non-enveloped viruses, rendering them highly evolvable and pathogenic.

The experimental design was based on protocols for the testing of air sanitizers published by the United States Environmental Protection Agency (EPA) in 2013, which specify that the device in question must demonstrate at least a 1000-fold (≥99.9%) reduction in bacterial counts compared to a control.

Here, CREM Co used an aerobiology chamber and air sampler experimental setup as described in Sattar et al. (2016). Briefly, the aerobiology chamber consisted of a sealed 26m3 room into which a nebuliser introduced aerosolized pathogen. A fan ensured even distribution of the pathogen in the air within the chamber, into which the VK 102 was placed. The air sampler was placed outside the chamber and a PVC pipe connecting the two allows air exhausted from the chamber to enter the inlet of the air sampler.

Prior to the experiment, a population of Cystovirus Phi6 was bred in its bacterial host, Pseudomonas syringae, a rod-shaped bacterium. Once the population was sufficiently large, it was suspended in a saline solution and aerosolised into the aerobiology chamber using a collision nebuliser.

Two experiments were conducted, measuring the decline over time of the Pseudomonas syringae when:

By comparing the rate of decline in between these two experiments, the time taken by the VK 102 to reduce Pseudomonas syringae counts to at least one-thousandth of the amount released into the chamber can be determined, as compared to the normal decline over time due to natural death. 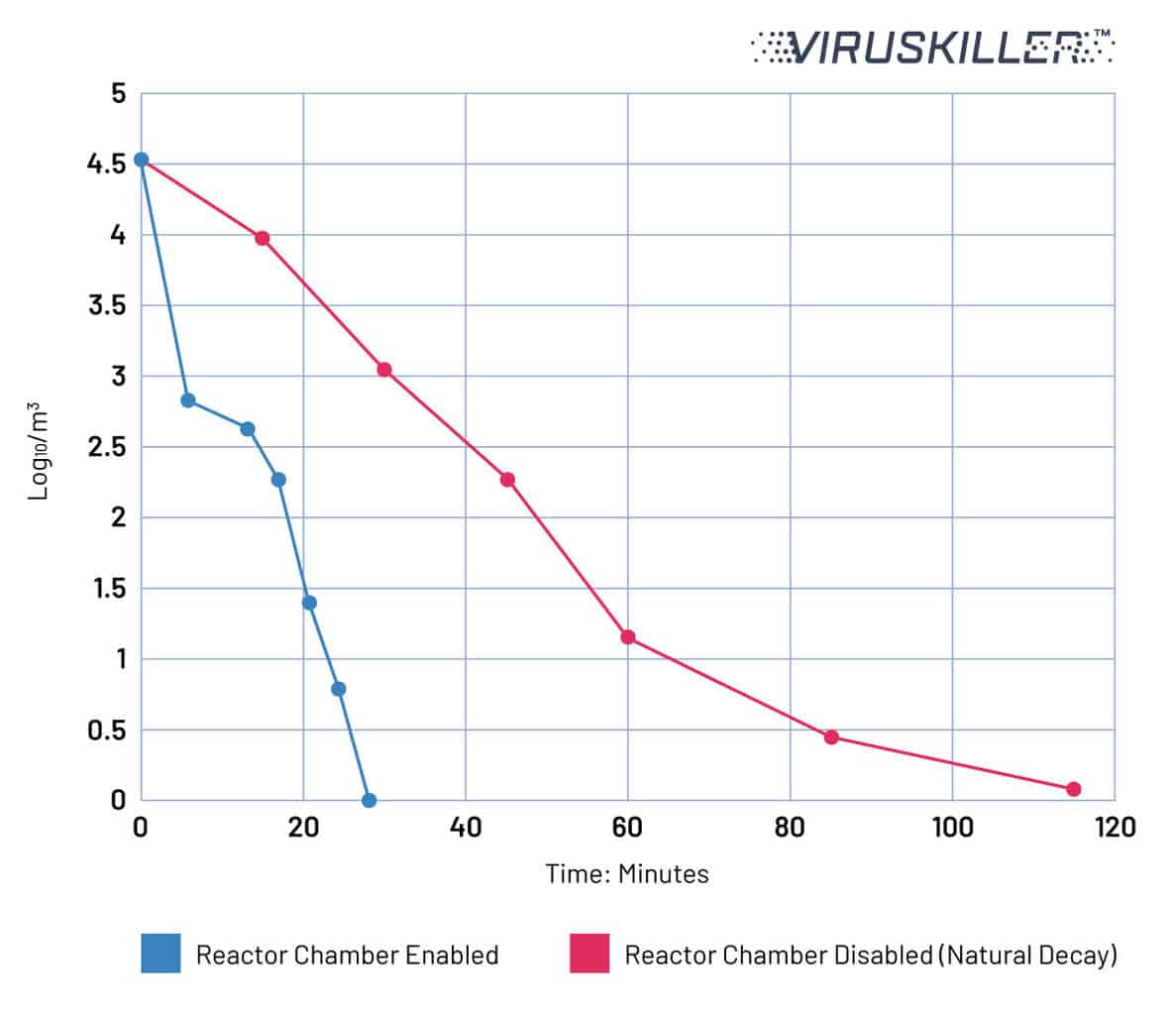 When the VK 102 had its Reactor Chamber switched off, the natural rate of die-off of the infected Pseudomonas was such that they were undetectable after 2 hours.

However, when the experiment was repeated with the Reactor Chamber powered on, the efficacy of the VK 102 was such that the levels of infected Pseudomonas declined by more than 1000x after 28 minutes (99.93% reduction).

This means that the device efficacy exceeds the minimum level of 99.9% reduction in bacterial count as dictated by the US EPA requirement for air sanitizer efficacy.

Moreover, it achieved this level of pathogen reduction in only 28 minutes, while natural die-off took  2 hours to reduce the Pseudomonas count to undetectable levels. This means that the use of the VK 102 can reduce airborne pathogen levels to within the range regarded safe for hospital air by the European Union Guidelines to Good Manufacturing Practice (European Commission Enterprise and Industry Directorate 2008; Kunwar et al. 2019), ±4x faster than due to natural die-off.